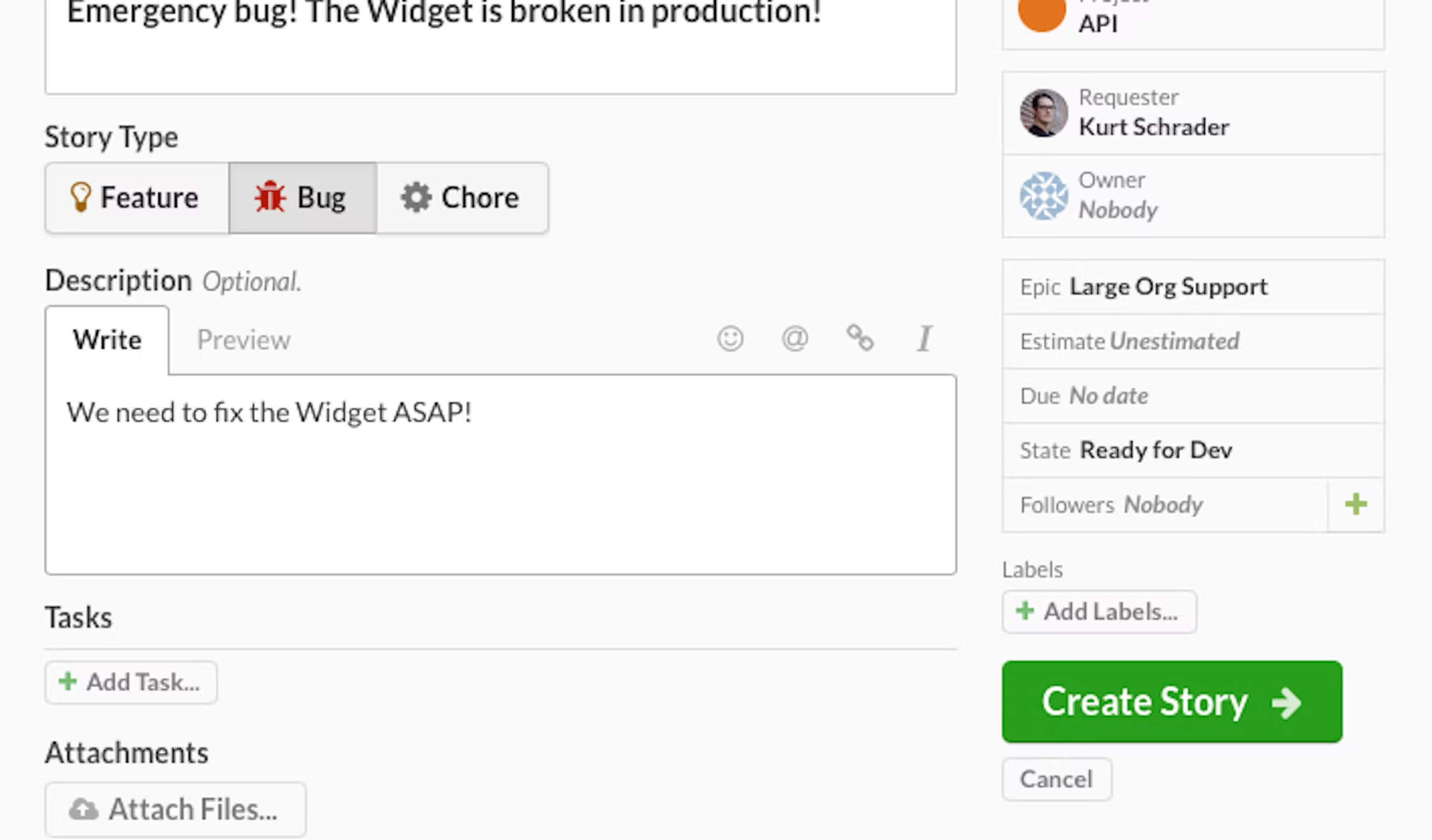 I’m sure you’re familiar with the story by now, jumping back and forth between tools all of the time to synchronize your work between them.

Let’s be honest, most of us don’t do a good job of that.

But now you can stop letting your stories get stale. Your existing Github workflow can now automate Shortcut for you.

Creating and working on a story

Let’s say that there’s suddenly an emergency bug from one of your users. Your diligent product manager quickly creates a story in Shortcut and comes over to talk to you about it:

but before they get there, you’ve already noticed the story creation message in Slack:

So you drop into your terminal window, create a new branch, and start writing some code:

As you’re working you want to let your team know how things are going, but you also don’t want to have to continually update Shortcut with progress reports. Thankfully, you can now hook your feature branch to a story in Shortcut by adding `[branch chSTORY_NUMBER]` to the first (or any) commit in the branch:

This not only moves your story to the “In Development” state in Shortcut (or whatever state you have set as as the first started state in your workflow):

but it also show your activity on the branch so that everyone else can see what you’re doing:

Let’s say that after a few commits you have a fix that you think will work here. Just open a Pull Request on Github and the Shortcut story will automatically move into the “Ready for Review” state.

You can also see the pull request details on the story:

If everything looks good and we merge the Pull Request into master, the story will automatically move to the “Ready for Deploy” state:

And that’s it. You’ve kept everyone in the loop on how things are going without needing to drop in and update Shortcut directly at all.

(We also have an API that you can use to build a hook from your deployment system to move the story into the “Deployed” state, but I’ll leave that as an exercise for the reader.)

Shortcut is the simple, smart, and scalable way to organize and plan software projects. There’s a 30 day free trial and it’s always free for teams of 3 or less people, so try it today. It only takes a minute to sign-up.