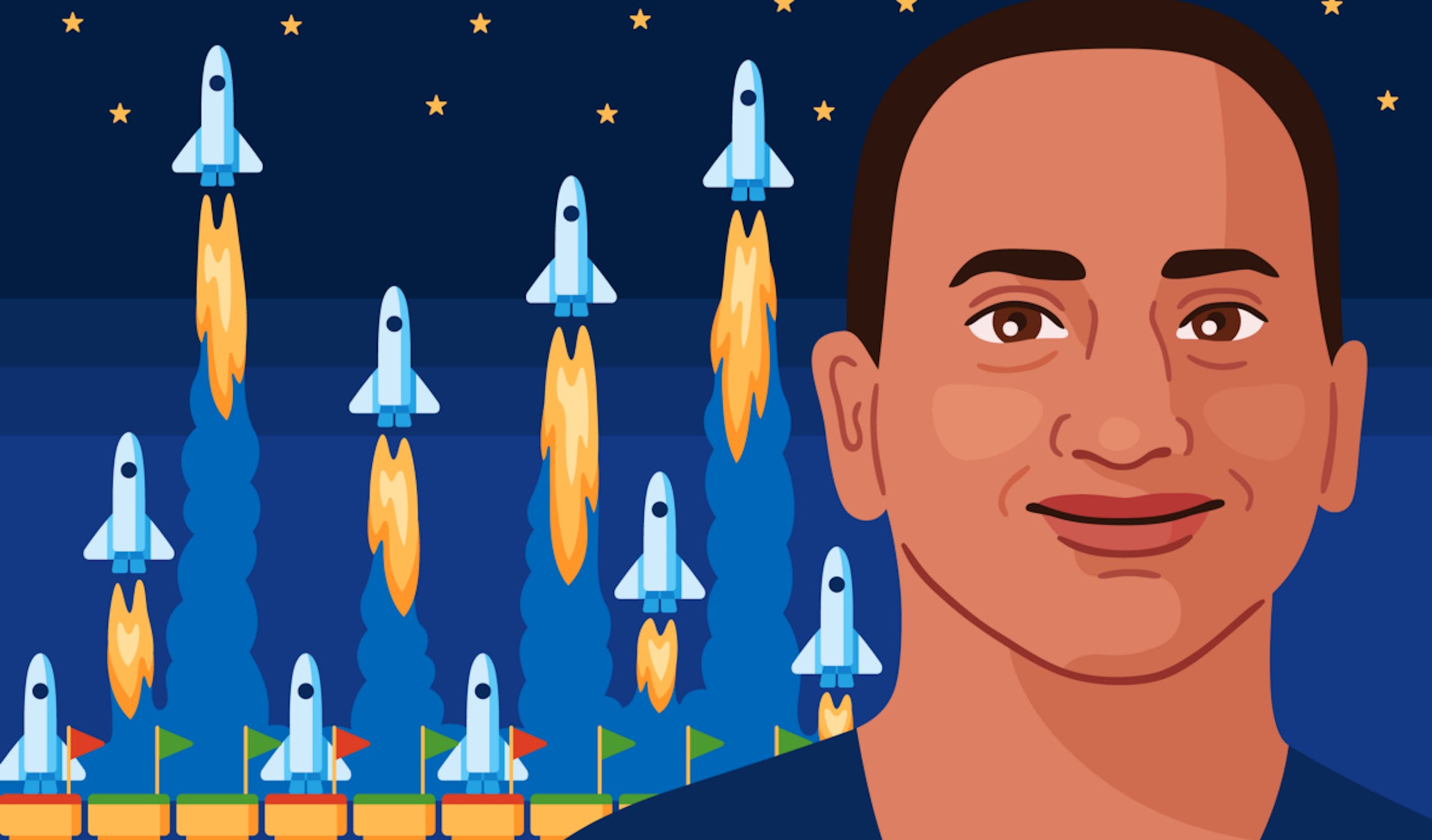 From teaching himself to touch-type as a precocious 6 year-old in the 1980s to starting a bleeding-edge tech company, John Kodumal has always been ahead of the curve. Speaking of his lifelong love of technology, this Co-Founder/CTO of continuous delivery platform LaunchDarkly says, “I’ve always wanted to optimize things.”

Armed with a graduate degree in Computer Science, he went on to work at Coverity, building static code analysis tools, and then at Atlassian, where he was one of the first engineers in the San Francisco office.

An interest in helping developers drove him to take engineering leadership positions and eventually to building tools to help those developers. His decision to co-found LaunchDarkly, a feature flag management platform, was a natural extension of that passion and his ability to see around the corner when it comes to software development. Their product allows companies to do controlled roll-outs for their users, enabling them to move faster and mitigate risks involved with code launches.

As a lifelong techie, he has some interesting insights on cultivating passion from an early age, building a career from a hobby, and letting users guide your product development.

An early interest in coding

“I taught myself to touch type in first grade — I even taught myself to type using the Dvorak keyboard layout because it was faster.” He started writing BASIC programs that same year, which turned into Pascal, and went from there.

“It definitely made me the oddball,” he says, noting that handing in typed book reports in a class where everyone else was submitting handwritten ones was a little bizarre in the late 80s.

Despite being the odd man out for a while, John is now happy that he stuck with his early hobbies, noting “the fact that you had to work so hard to find stuff made me a much stronger coder in a lot of ways.”

From academia to industry

For John, there was never any question that he would work with computers; however, he wasn’t sure whether he wanted to work in a university or a corporation.

“It’s not all that common for people to switch from an academic background over to industry. But I think there was some level where I wanted to be more hands-on, and this created a bit of a career shift for me. The natural career path that people wanted for me was to become a professor, teach, and do research. I really enjoy seeing people use the things that I build, and the time for that to happen is much longer in research — I just didn’t have the patience for it.”

Coverity was a great place for him to transition jobs. It let him work at a corporation instead of in academia, but his focus was still on pre-research level problems. As his career progressed at Coverity, he slowly shed his focus on research and turned his attention to software development. That said, being a co-founder means it has all come full circle.

When John and LaunchDarkly co-founder/CEO Edith Harbaugh started thinking about problems to solve, this was the one that felt like the winner. “We could build something amazing that people would really want and would make a real difference in the way people build software.”

Being able to define a unique vision outside of the confines of an existing company, was part of what drew John to entrepreneurship. “At my previous jobs, there were opportunities to build things like what LaunchDarkly became, but it was always within the context of the company’s broader mission. So it didn’t necessarily align with what I wanted to do. If I had built this somewhere else, it would have become an internal tool. But I had broader ambitions, so starting a company felt like the right next step.”

Over time, their product vision has broadened, instead of pivoting or becoming more narrow. “When we started out, we envisioned this as a smaller idea. But when we dove into it and started working on the problem in earnest, we discovered a depth that we hadn’t anticipated — especially in terms of the things people could do with the platform. So we never really pivoted away from the original product idea.”

LaunchDarkly was designed to be a platform. They have an API-first mentality so that they can easily “plug in” new integrations and enable power users to do the same. “We gave the customers the keys to the kingdom in terms of what they could do on top of the platform.”

As customers continued to leverage their API, their team observed user behaviors, and were able to iterate on new features that would more easily meet those needs. Says John, “It was something I pulled out of my previous experience. You can give your users the ability to build anything they need on top of your platform, or you can foist your vision on them and really limit yourself. Giving your customers the ability to extend it in ways you hadn’t thought of — that’s a better way of doing product development.”

How do you stay focused on continuously learning from your users? We’d love to hear your answer on Twitter.

Topics:
No items found.
Share this shortcut story
"It’s interesting. I left research because I wanted to be able to build things and get them in people’s hands as quickly as I could. Now the work that I’m doing now is all about helping push changes and features out, get them in front of people, and then test them as quickly as possible."
John Kodumal
Enjoy your work
Project management software should be helpful, not a hassle.
Get Started - free foreverSign up with Google
Check out our words
Shortcut is modern project management without all the management.  And this is our blog.
Read more stories