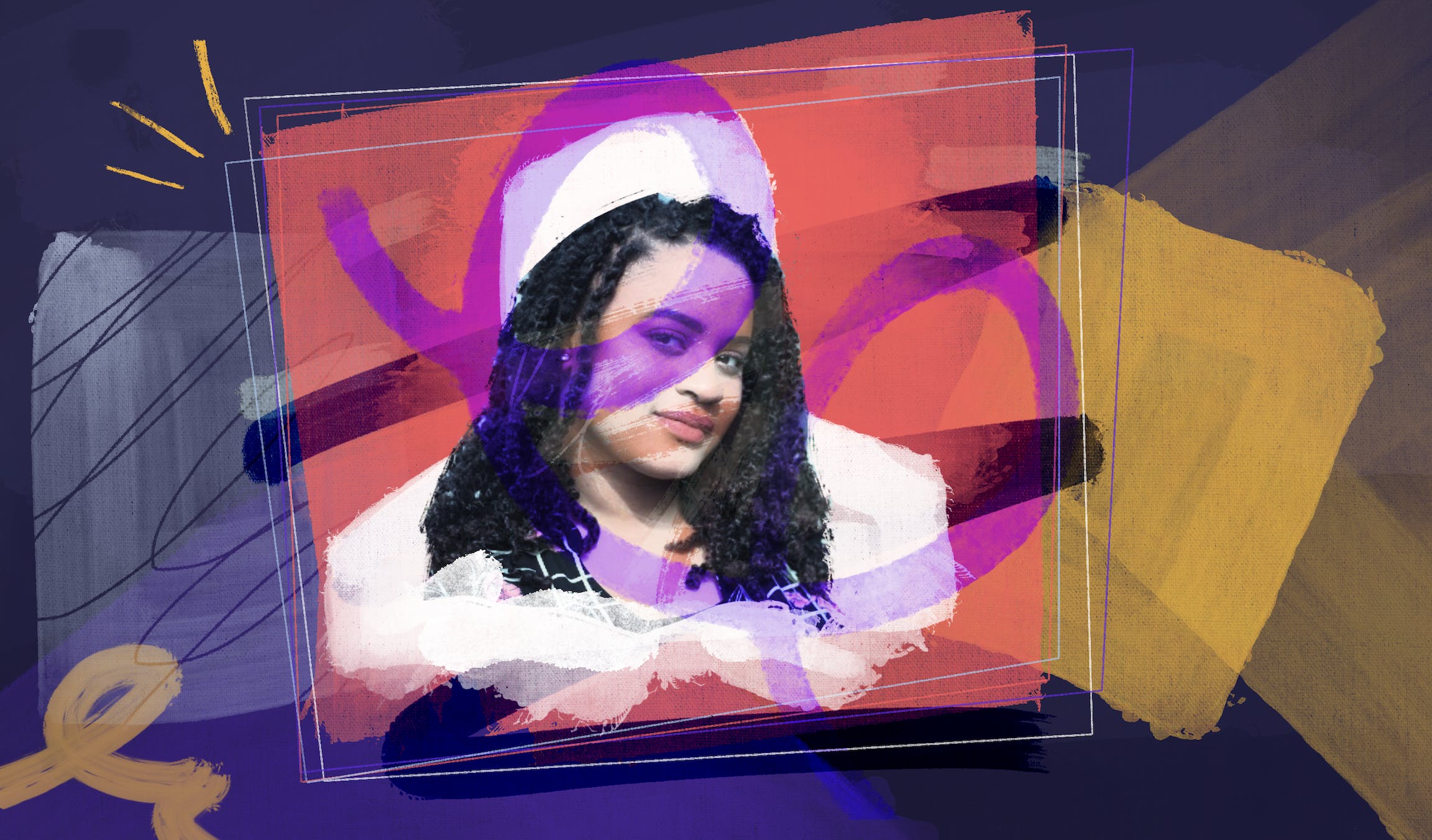 Welcome to Taking a Shortcut, a series where we interview members of the Shortcut staff, chosen at random from a hat. This hat is very similar to the Sorting Hat in Harry Potter, except no one has to wear it, it can't talk, and it sorts everyone into the exact same house... or the exact same Shortcut, we should say. These interviews are meant to provide a glimpse into what it's like to work at a remote first company, while also exploring the topics of pizza and time travel.

For this week's interview, we spoke with Christina.

What do you do at Shortcut?

I do Office Ops and People Ops. Well, not so much Office Ops right now since I’m literally not in the office. And no one else is either.

How long have you been here?

It’s been a year and almost five months now. It's flown by. I'd say maybe when you first start a job, it seems pretty slow, but the next thing you know, you've been there for like three years.

What’s your go to pizza?
Pretty classic. I'll go with a plain slice.

What’s it been like transitioning to remote work?
I've worked from home here and there in the last few years. Maybe I've worked from home like 10 times before the pandemic. It’s something I’ve always been open about not wanting to do, because I’m not usually that productive at home, at least compared to how much I accomplish at the office. There are too many distractions. But now that I'm forced to work from home, I'm also forced to be productive because things still have to get done.

The blog posts we’ve worked on have helped me get into a more productive mode. Obviously, I can’t go from someone who doesn’t like to work from home to becoming a super productive remote worker in less than a month. But it’s gotten better as I’ve established a routine and started to gain a sense of normalcy.

How do you deal with work from home struggles?

It goes back to having a routine. Even though I'm at home, even though I'm not leaving the house, I still get ready to go to work as if I was commuting to Manhattan instead of going over to sit in my kitchen all day.

I even have my monitor from the office on my kitchen table. That's been helpful and motivating, literally having a monitor that feels like a tether to the office. And having a monitor in general helps me get work done compared to working just on my laptop.

I am very bad at setting designated break times and that's definitely something that I would like to fix. I might stop to check my phone or watch a YouTube video, but these breaks aren’t time completely away from the table and the computer. As it's getting warmer, I want to start going outside for, like, 20 minutes at a time. I think it's important to just be completely away from the computer for a bit throughout the day and to schedule time to do so.

You majored in History in college. What’s your favorite historical period?

I don't have a favorite anymore. I just like to read about lots of different historical things.

Actually, that’s a lie. Now that I think about it, I have two points in history that have really stuck out to me. First is the Antebellum, Civil War, and Reconstruction time periods. So many of my classes in American history revolved around this stretch of history. It’s super interesting to me.

My other is Henry VIII’s England. I've seen so many documentaries about it. I've seen The Tudors. But I'm also that person that when I watch historical dramas, I get really annoyed because I’m like, "That's not right. That's not right. OK, that was correct." I literally watched The Tudors maybe three times through just so I could get over my need to do that.

What’s something you’ve learned from working at Shortcut?
One thing I’ve learned is that you don’t have to be afraid to talk to someone just because they have a big job title. I’ve definitely had random conversations with Kurt (the Shortcut CEO), that just wouldn’t have happened with other CEOs. It doesn't even have to get as high as the CEO, but execs at other companies can often seem like, "I'm so busy, I can't talk to you about this thing. I need to go." That doesn’t really happen here.

Would you want to travel through time or travel through space?
Time. I have a very interesting view on visiting time periods of history. If I'm physically visible, like if I go to a place and I can interact with people, basically, I probably wouldn't go further back than the '80s, maybe '70s. I know that's a question a lot of people are asked and I don't know if I’d go much further back — at least in American history — because I wouldn't be well-received.

I'd go forward. We don't know the future, and I want spoilers. Technology is accelerating at a super-fast rate and we're so used to it that we're just like, why don't we have all these other things yet, too? Not thinking about how they're extremely complicated to make. I want to know if we have real hoverboards, or if we figure out teleportation at some point. I want to see if we solve climate change.

Everything in the future is unknown. That's why I'd move forward, not backward.