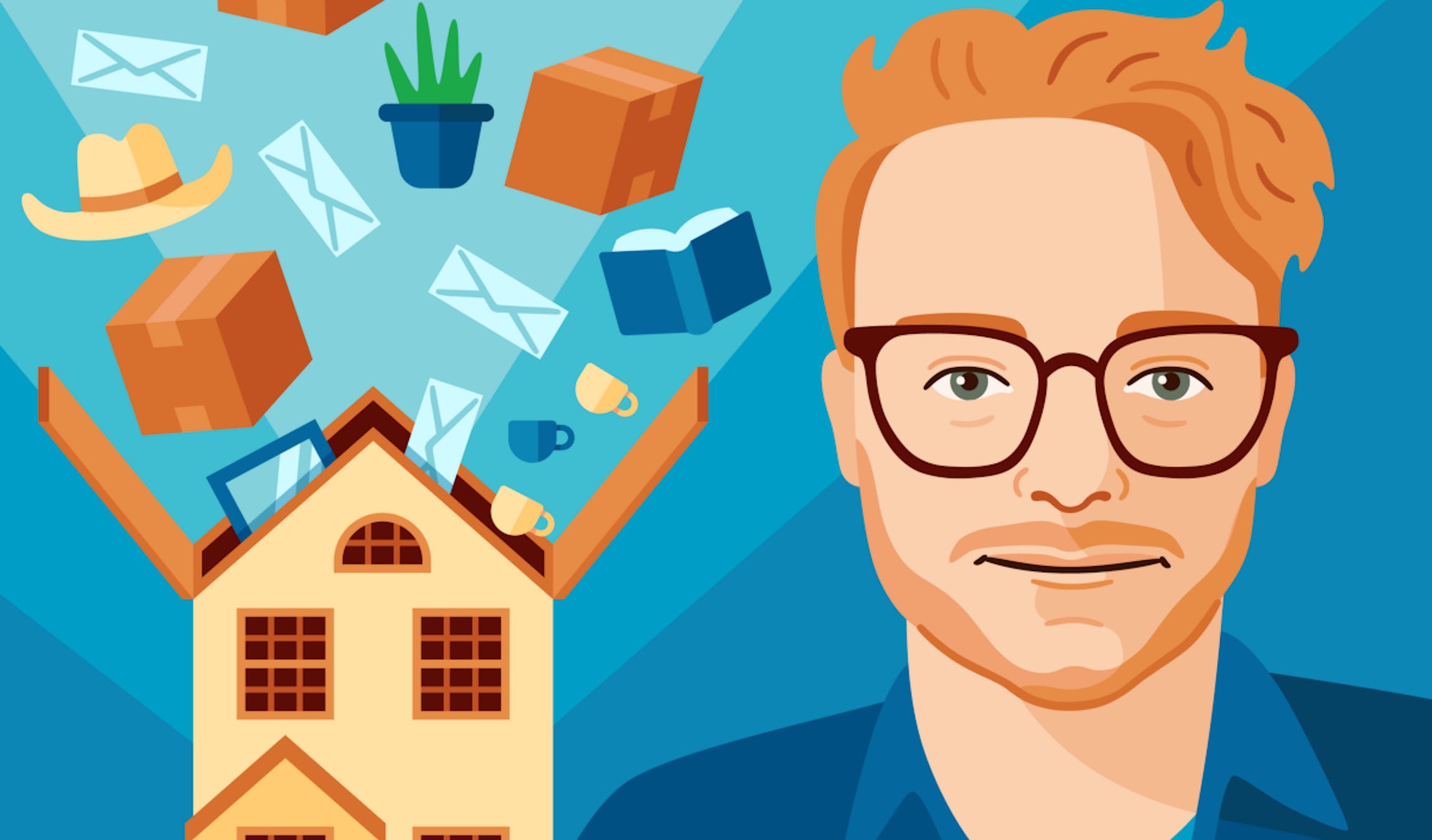 On The Move with Blue Thomas of Updater

“Over twenty” is how Updater’s Blue Thomas responds when asked how many different places he’s lived. Growing up as an Army brat, he started his life in Germany and spent his youth bouncing around Europe and the United States. Those experiences mean that he has unique insights into the process and pains of moving, all of which come in handy at Updater, a relocation technology company. Blue (and yes, that is his real name) was named after a character in a TV western, and that pioneering spirit shines through in his pursuit of a life in the wilds of both tech startups and microservices.

Having started his career as a developer at a global investment bank, Blue was immediately drawn to architecture and systems design and, over his nearly 15-year career in tech, that interest developed into expertise in service engineering. Through positions as technical co-founder and CTO, he’s developed a nuanced view of startups and what makes great engineering teams tick. Blue was gracious enough to have me over to the bright and happy Updater office to share more about his path and his approach to wrangling systems in growing organizations.

In early 2017, Blue began looking to transition into a new role. As an experienced software engineer and technical leader, he had a very clear sense of what he was looking for in his next position. After surveying several companies, he stumbled upon the Director of Services Engineering position at Updater. It immediately ticked all his boxes — he was excited about the opportunity to oversee a team tackling the unique challenges of service architecture and delivery. He was also immediately impressed by the professionalism of the team and the promise of the product. As someone who’d done more than his fair share of moves, he intimately knew the difficulty of getting it right.

Says Blue, “There’s no silver bullet. There’s just a number of things to help with the mover experience, and we’re trying to tackle them in a prioritized, strategic manner.”

In setting up and growing his team, Blue keeps his focus on sharing knowledge and encouraging simplicity in service design. He and his team meet on a biweekly basis to talk about how to optimize and improve systems and also to budget time against the growing demand on their resources as the organization continues to grow. In this role, he works across teams, since the organization is structured with various leaders serving either as people managers and/or functional leaders.

“It’s a highly-collaborative environment. I know a lot of companies say that, but I’ve seen it here more than I’ve seen it anywhere else.”

In addition to engineering challenges, Blue faces the common successful startup issue of having to juggle team management with hiring and onboarding. The day I visited their office on NYC’s Union Square, it was visibly bursting at the seams while the team waited for the completion of a buildout on another floor. However, the New York team only tells part of the story.

In the past year, Updater acquired two of the moving industry’s leading software companies to form a new subsidiary named MoveHQ. While Updater and MoveHQ tend to work autonomously, they do occasionally need to coordinate on particular tech initiatives and best practices. In particular, Blue’s team was instrumental in helping modernize some of the MoveHQ team’s systems to better integrate with Updater’s stack. Having worked at large financial institutions where acquisitions and restructuring are constant, Blue is able to take it all these changes in stride.

When asked what advice he has to share with people like him — meaning those who want to introduce bleeding-edge technology to teams — Blue doesn’t skip a beat: “Come ready to explain what the problems your proposed solution is fixing, and just be really pragmatic about what it is that you’re trying to contribute.” By “pragmatic,” he means that you should be sure you are using the best tool for the job. Sometimes people have a sentimental relationship to a tool or are otherwise enamored by functionality, but can be blind to the ways that it won’t work for the particular use case. He goes on to say:

"“If you want to come in and introduce a new tool that dramatically alters or changes the way things are done, it requires constant communication. You have to present the pros and cons, and then set up a plan to pilot it in the least obtrusive manner possible. As the tool begins to help the process that already exists, you can use that to help foster buy-in.”

Blue thinks what is most important is taking ownership. Whether he is introducing a new service or trying to encourage adoption of a new project management tool (yes, he’s the one who brought Shortcut to Updater), he makes himself available as the go-to guy. With a capable leader at the reins, the Updater team can more confidently head into previously uncharted territory.

How do you introduce new technologies or processes to your organization? We’d love to hear via Twitter.