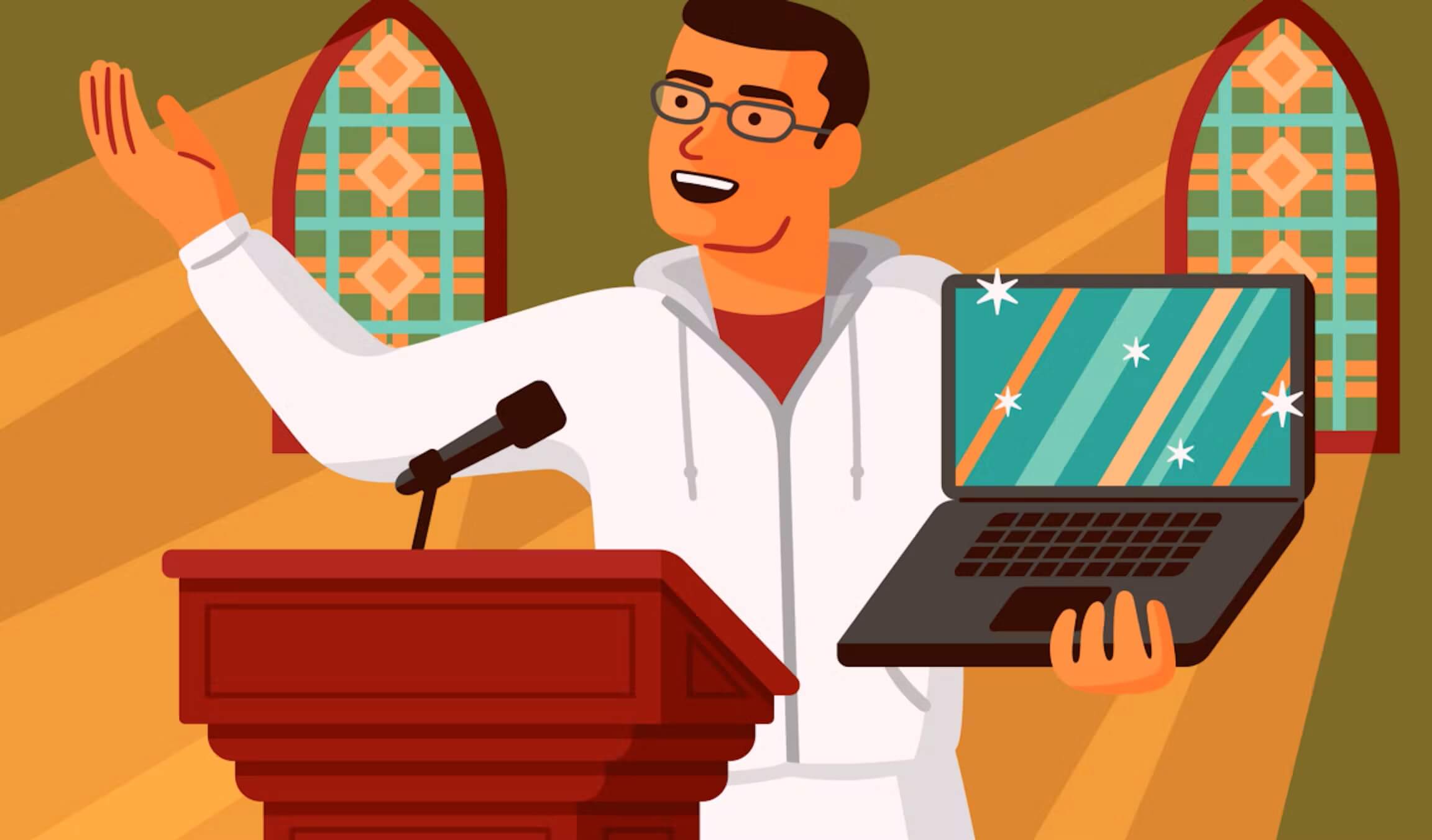 What in the world is a developer evangelist?

While marketers can build a brand and sales people can pursue high-leverage deals, when it comes to getting people (especially software engineers!) to try your product, it often comes down to word of mouth. And the best kind of word of mouth comes from peers — fellow developers in the trenches who have felt their pain and understand their unique challenges. These days, more and more software teams are bringing in people to serve in that role as either developer advocates or “developer evangelists”.

If you aren’t familiar with the title, “developer evangelist” can sound like one of the many irreverent startup job titles that leaves you stumped about what that person does all day. Even if you are familiar with it, you might be a little fuzzy on what the the job actually entails.

To demystify this position, we talked to a few developer evangelists to find out exactly what goes into the work. Read on to see what they said:

According to the Developer Evangelist Handbook, “a developer evangelist is a spokesperson, mediator and translator between a company and both its technical staff and outside developers.” When asked by the Next Web, Christian Heilmann, the Principal Technical Evangelist at Mozilla and writer of the handbook, elaborates:

“A developer evangelist is first and foremost a translator. Someone who can explain technology to different audiences to get their support for a certain product or technology. It needs to be someone who is technical but also capable to find the story in a technical message… A good developer evangelist can get techies excited about a product by pointing out the benefits for developers who use the product on an eye-to-eye level.”

A developer evangelist is first and foremost a translator. Someone who can explain technology to different audiences to get their support for a certain product or technology. It needs to be someone who is technical but also capable to find the story in a technical message… A good developer evangelist can get techies excited about a product by pointing out the benefits for developers who use the product on an eye-to-eye level.

Angel Rivera, Chief Devops Engineer & Developer Advocate at Microshare, notes that this mix of talents can be hard to find: “It’s very rare to find engineers who are confident in their technical and also have the social skills to interact with folks.”

Being a developer evangelist requires having enough social skills to be able to communicate with strangers and have it feel natural, but also have the skills to have credibility with the engineers you’re talking to. Adds Angel, “There’s also the passion for doing that — wanting to go ahead and educate the masses, help people get over their hurdles, or at least show them this new technology.”

The path to becoming a developer evangelist can vary from person to person and company to company, but a desire to mentor and help people is a defining part of the role. Developer evangelists don’t necessarily thrive on being the smartest the person in the room, but rather on being the most empathetic and open to questions.

For example, Angel’s tech career started in the military in the early 90s. Having mentors early on taught him the importance of mentorship, and after he left the military, he started working with startup companies in the late 90s.

“In those situations, there were technical evangelists, but they often weren’t very informative — they were more engineers that had a personality and could sell software. One of the things I really saw a lack of was a person who could talk the talk and walk the walk.”

A big part of what drove him to become a developer evangelist was the lack of mentorship he often observed, and remembering what a difference mentors made in his career.

While developer evangelists typically have engineering skills, not all of them come directly from software engineering role. Ricardo Feliciano, developer evangelist at CircleCI, was working on the support team at a previous job, when they put out a call for people to volunteer to go to conferences and meetups. Ricardo went to represent the company as a sponsor, but soon found that he also enjoyed mentoring at hackathons. Over time, he found more and more public opportunities to do what he loved, and eventually transitioned into the developer evangelist role.

Developer evangelists often work hand in hand with community managers — a role that has a surprising amount of overlap with theirs. They also collaborate with support and technical writers, and people in these positions often make great candidates for developer evangelists.

All in a day’s work

The average workday for a developer evangelist can be a mix of coding, events, customer communication (and sometimes support), and content creation (blog posts, videos, etc.). In other words, the role is so varied that there is no one “average” workday.

In addition to coding and attending events, Josh Dzielak, former developer evangelist at Algolia, worked hand in hand with both the marketing team and the solutions engineering team to make sure he understood and could competently communicate about the API. He also was able to share user feedback and frustrations with the SDK and other developer tools.

Developer evangelists serve a valuable role as both support staff and brand ambassadors. Because of that, the experiences and anecdotes they bring back from meetups and conferences can provide valuable data points for teams across the company — from product to HR.

The joys of evangelism

Like any role, working as a developer evangelist has its challenges. For Angel, the best part is getting to inspire people — “it doesn’t even necessarily have to relate to the product, I just love inspiring people to get out of their own way.”

Ricardo adds that the variety of the role is a big factor for him: “Being an evangelist gives me the ability to do something different. I can do support tickets, blog posts, write docs, go to a meetup and sit down with people to talk about their job. That context switching is great for me, it keeps me interested.”

Being an evangelist gives me the ability to do something different. I can do support tickets, blog posts, write docs, go to a meetup and sit down with people to talk about their job. That context switching is great for me, it keeps me interested.Ricardo Feliciano, Developer Evangelist at CircleCI

When it comes to the challenges of the role, travel and the “always on” nature of it can be difficult sometimes. Most developer evangelists travel a lot for conferences — Rob Spectre was home for a grand total of seven days during one particularly busy March, when he was working as a developer evangelist for Twilio.

Despite the challenges, all the developer evangelists we spoke to love what they do. As Angel puts it, “It’s so refreshing to be able to say, ‘Come on, let’s try something new here,’ and inspire someone to grow as a technical professional.”